About The Dancing Grapevine

The Dancing Grapevine began as a personal blog in 2013, designed to give its author Laura Riva a creative outlet to write down her thoughts on dance. In 2014, Laura began sharing some of her favourite posts through Facebook. The popularity of her posts grew exponentially with the publication of TDG’s first viral post, “What it means to be a Social Dancer”.

Since then, TDG has become a fixture blog in the social dance scene. Its readers span over 50 countries, and viral articles reach up to 30,000 viewers per day. Several articles have been translated into other languages, including Cantonese, Russian, Portuguese, and Spanish. Its most popular articles have also been re-published in dance magazines, newsletters, and publications.

TDG recently formed a partnership with DancePlace.com, a website devoted to bringing the world of social dancing closer together and to providing tools for congress organizers.

As TDG has matured and increased its reach, it began to encompass a new mission: to bring greater awareness and help solve the problems social dancers face. The primary focuses include etiquette, hygiene, safety, and interpersonal relationships. While the blog also publishes some ‘fun’ articles and instructional pieces, the core goals are to deal with issues that are frequently left in dark, dusty corners of the dance scene.

Although the photography on the site comes from many sources, most recently Vongue Art Photography provided their services to improve and update the quality of our pictures.

TDG was awarded 18th place in Feedspot’s list of the “Top 50 Dance Blogs”, and was the highest-ranked social dance blog on the list. 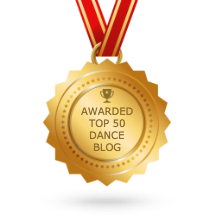